With more than 28 communities sprinkled across Missouri, Mills Properties needed a way to connect their 200 employees. They turned to Paylocity to help. 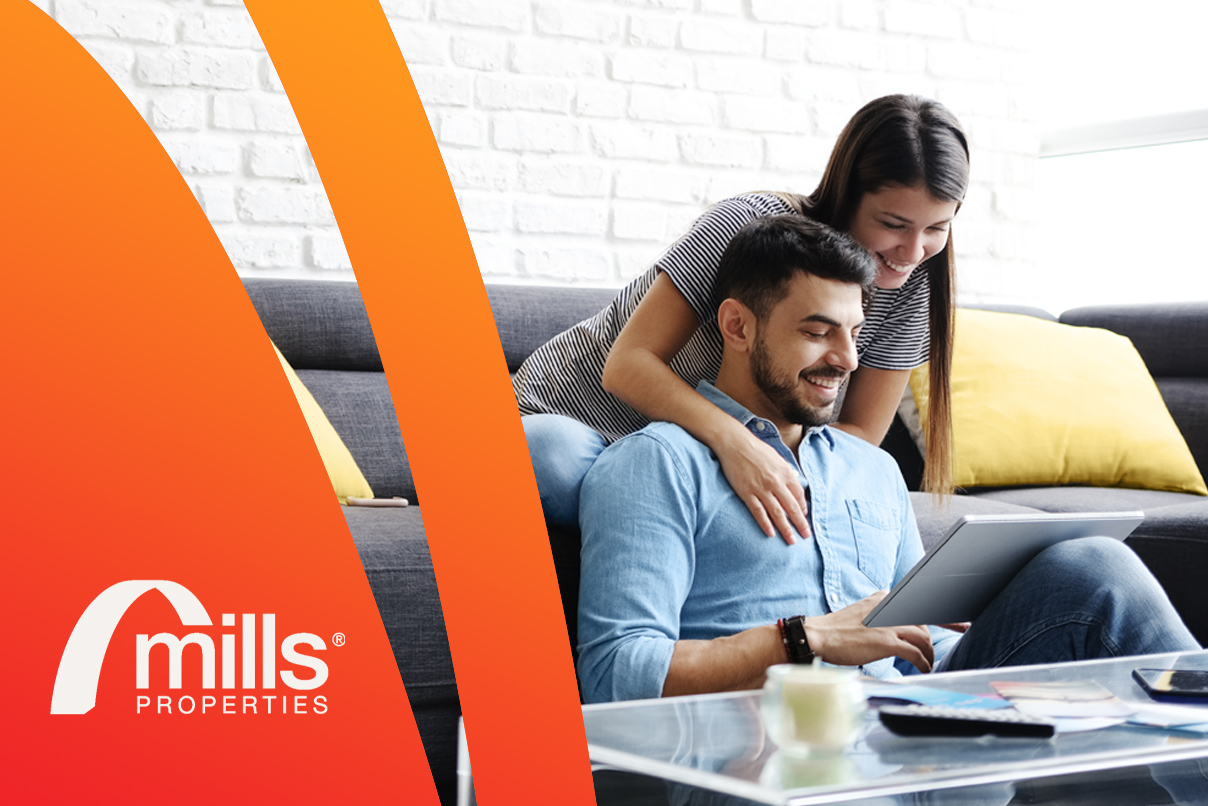 With more than 28 communities sprinkled across Missouri, Mills Properties needed a way to connect their 200 employees. “Many employees don’t see each other or communicate often,” says Vice President of Human Resources Shawn Simmons.

Another challenge plaguing the team at Mills Properties was high turnover. Retaining employees is a common issue for property management firms overall. “The turnover average for the industry is roughly about 42%,” says Shawn. “When I joined Mills about three years ago, we were at 48% turnover. It’s also not unusual for people to bounce around property management firms. We have an extremely high rehire rate, and we get a lot people who come back within six months.” Shawn explains that, though they’re thrilled to have the employees back, each rehire is a considerable amount of paperwork. Prior to their transition to Paylocity, that meant a considerable amount of time spent by the lean HR team.

Their previous payroll software provider was limited to only payroll. Shawn felt that Mills could benefit from a more robust solution with a focus on HR, payroll, and social collaboration. “I knew within the first few months of joining the company that we needed a different system,” says Shawn. “I was looking for something with a social focus. A lot of these solutions are designed with only the HR administrator in mind, and I was looking for something that would be easy for our employees to use.”

Many Mills employees are on the go, working in different capacities at different locations. Because they’re not sitting at a desk all day, many don’t have access to company email addresses. “Emails were the primary form of communication, and a lot of our team didn’t have company email addresses. Managers were expected to cascade messages.” Communication was disjointed and ineffective, and collaboration across sites was challenging.

“A lot of these solutions are designed with only the HR administrator in mind, and I was looking for something that would be easy for our employees to use.”

Shawn wholeheartedly embraced Paylocity’s social collaboration and internal communications tool, Community. “I don’t send any more mass emails,” says Shawn. “I post everything our employees need to know right into the Community feed. Most of our people are not sitting in front of their computer, and they can access everything through the mobile app.”

It’s no secret that engaged employees are happier and higher performing employees. One way to engage employees is through recognition. “I like the ability to publicly recognize people across the properties. That never would’ve happened before Impressions, Paylocity’s recognition platform. I also like that Impressions are embedded right into the Community feed, and people can see them from their phones.”

Mills hosts annual awards to engage and recognize the teams. “We use the Impressions to create nominees for certain company values throughout the year. Then we use the Surveys module for people to vote.” Impressions have also transformed performance management, providing a more complete picture of employees. “If someone didn’t get a good review but received 20 impressions, that’s something to consider,” says Shawn. “It helps cut down on recency bias and it’s fostering better conversations between managers and teams.”

Leadership announcements are an integral part of employee communication strategies. Shawn leveraged Community to share leadership messages such as videos from the CEO, open enrollment information, policy updates, and more. Recently, they leveraged Ask an Expert groups within Community that allow employees to ask confidential questions, which are then answered by appointed administrators and placed into a convenient dashboard. This replaced hundreds of emails for Shawn and his team.

Though retention is on an ongoing challenge for the industry, Shawn focuses on increasing engagement by gathering feedback and making sure employee opinions are heard. Leveraging Paylocity’s Surveys, Shawn issues a monthly 1-question survey to gauge employee feedback. He also has found success using the tool for engagement surveys to see how the company is tracking against its goals. The Surveys module has proved to be useful in opinion polls, exit surveys, and as simple (and digital) sign-up sheets.

“I don't send any more mass emails. I post everything our employees need to know right into the Community feed. Most of our people are not sitting in front of their computer, and they can access everything through the mobile app.”

Recently, Shawn implemented Paylocity’s Recruiting and Onboarding modules that were previously handled through different systems. By using these integrated modules within Paylocity’s platform, tasks can be completed and tracked in one place and the information feeds from Recruiting into Onboarding and then on to the Employee Record seamlessly. “One of the best things has been the ability to automate emails and screener questions within the recruiting process. It’s much more

integrated and an overall smoother process.” For maximum reach, the job postings are integrated with Glassdoor and Indeed. “It was definitely a time saver for us,” says Shawn. “There is a standardization to the system, but at the same time, there is the ability for customization.”

Checking In at Clock In

With many employees on-the-go around the 28 locations, Mills leverages Paylocity’s Time and Attendance with geofencing technology. Employees clock in from their phones within the designated perimeters and select property locations from a dropdown menu. Previously, employees would have to trek to the property management office and log onto their manager’s computer to punch in or out. When working at a different property, they would have to be manually clocked in by the location manager. “This streamlines the entire process, reduces errors, and takes the load off of the manager’s plate,” says Shawn.

“This [Paylocity's Time and Attendance] streamlines the entire process, reduces errors, and takes the load off of the manager’s plate.”

“We've saved about $75,000 total in duplicate systems for things like recruiting, onboarding, surveys, and more just by using Paylocity.”

Compliance can be complicated. HR analytics are the key to driving effective, impactful decisions for the entire organization. Shawn’s team leveraged Paylocity’s Compliance Dashboard and Data Analytics. Reports that used to take several days could now be created with the push of a button.

“We just didn’t have access to these kinds of reports before. It would take us several days to manually manipulate and analyze something that we can now filter with a couple of clicks.” Shawn describes how the Turnover Report and Drive Time Report helped him address some issues that were resulting in the higher turnover. “A lot of our employees were driving more than 20 minutes and, in most of these cases, there were several other locations that were closer. This could be a big reason why people were leaving. We never would have had access to this kind of data before, but now we can get ahead of it.”

A Penny Saved Is a Penny Earned

With the efforts Shawn has put into engaging and connected employees by leveraging Paylocity’s Community, Impressions, Data and Analytics and Surveys, he has been able to reduce their average turnover rate by more than 15%. “We’ve really put a lot of focus on our people and Paylocity helps us do that, and now we’re at about 31% turnover. And we still have some work to do. I’d love to see it below 25%.”

Paylocity helped streamline the HR and payroll systems for Mills. “I love that everything is connected. Processing payroll takes half the time it did before,” says Shawn. The turnkey solution has saved the company more than just time. The different modules allowed the team to cut a separate engagement survey tool, saving the company approximately $15,000. “We’ve saved about $75,000 total in duplicate systems for things like recruiting, onboarding, surveys, and more just by using Paylocity,” says Shawn.

In the two and a half years of the partnership between Mills Properties and Paylocity, the relationship has grown. “The customer service is very responsive,” says Shawn. “My payroll teammate was out on maternity leave this past summer, so I had to call for help a few times. And each time I learned more about features and additional capabilities of the system. They were very responsive and helpful.”

“We just didn't have access to these kinds of reports before. It would take us several days to manually manipulate and analyze something that we can now filter with a couple of clicks.” 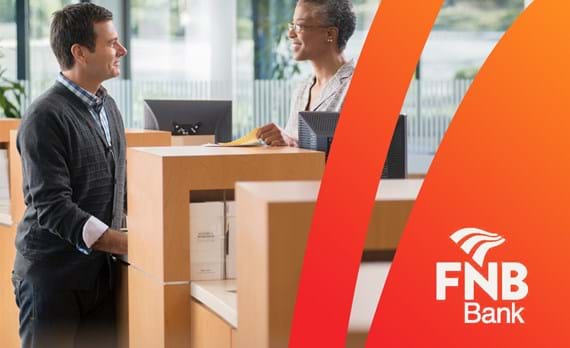