Under the Tax Cuts and Jobs Act, personal exemption deductions are suspended and allows the IRS to decide if changes are to be made in 2018 or delay.

Under the Tax Cuts and Jobs Act signed by President Trump last week, personal exemption deductions are suspended.  However, the Act allows the IRS to decide if changes are to be made in 2018 or delay them until tax year 2019.

In a statement released today, the IRS said that for 2018, the income tax withholding tables and percentage method will be designed to work with the current Form W-4.  We expect that IRS will wait until for tax year 2019 to revise Form W-4, although final guidance has not been issued.

On December 13th, the IRS issued a statement that said the 2018 income tax withholding tables and related guidance will be issued in Notice 1036 sometime in January 2018 and those changes should by implemented by employers and payroll providers during February.

Below are the areas of the Form W-4 that are directly impacted by the Tax Cuts and Jobs Act. 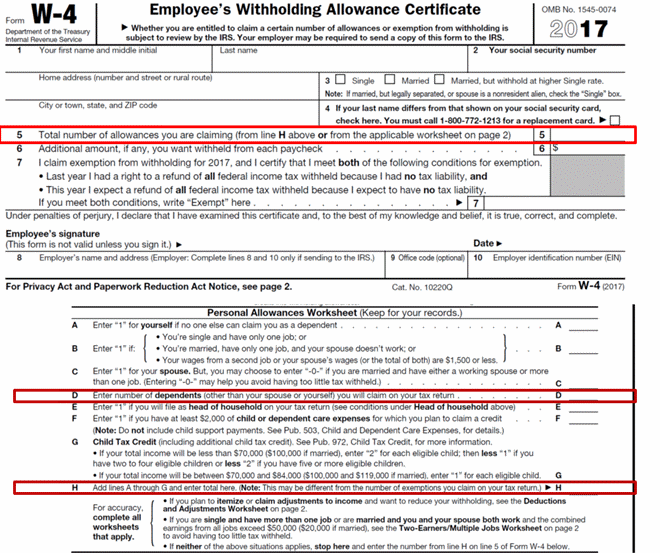