Plastics Manufacturer is Molding the Future of HR with Paylocity

Revere Plastics Systems, a manufacturer of plastic injection molding, has a goal of doubling its workforce by 2023, and to help make this a reality, they immediately began to look at new HR and payroll solutions to support this goal.

Revere Plastics was born in the 1950's and focused almost exclusively on serving its largest customer. However, the company has grown up and diversified over the last 70 years. With their sights on bold growth goals, the team is actively acquiring new plants and recruiting at an aggressive rate. When Vice President of HR Kristi Stuetzer was brought on board in 2019, she immediately began to evaluate HR and payroll software companies to help her engage employees and automate tedious tasks.

“Our profit margins are razor thin, and that means that we have to be as efficient as possible. I would say 85% of our company is hourly,” explains Kristi. “We're competing with larger chain companies for talent and it's very difficult to retain, find, and keep talent. We want to develop and grow our people. And that's our goal.”

A key component when dealing with a competitive landscape and low retention, is a winning culture. “The number one thing we're working on is culture and how we value everyone wherever they are in the company," says Kristi. “We're on a journey of empowering their voice and making them feel confident to speak up.”

But, empowering people is an even bigger challenge when there are 1,200 employees spread across seven plants. “We’re finding quite a few of our employees don’t have smart phones,” says Kristi. “We're operating from a communication deficit.”

“It's very difficult to retain, find, and keep that talent. We want to develop and grow our people. And that's our goal.”

According to Gallup, approximately 68% of employees are disengaged. So it might come as no surprise that the 32% of actively engaged employees could be giving leadership false representation of the entire population. Kristi explains how this was the case at Revere Plastics, “when I first started, I hosted a workshop for 20 people in our leadership team. And I said, statistically, employee engagement tracks as a bell curve, where people in the majority of that bell are just not engaged.” Kristi asked her leadership team where they thought Revere is on that spectrum and was surprised when leadership answered that their people are highly engaged. “I sent out surveys with Google. And it was one simple question, ‘would you refer a friend to work at Revere?’ Less than 1% of employees responded to the survey. I sent the survey again for the second and third month and it was the same. During that time, we implemented Paylocity and on the fourth month I launched a survey through Paylocity’s Survey module and received more than a 40% response rate. We can build relationships with people and that touchpoint builds our culture. And for the first time, we have a pulse on the culture.”

Replacing hourly workers costs approximately $1,500 each, so there is a lot of motivation to reduce attrition and Kristi is a firm believer that a positive culture will help. With Paylocity, Revere has reduced overall turnover by more than 70%.“There's been a lot of education and learning that have gone into the fight for building a strong culture so we can retain people. Ideally there would be less turnover so we're not recruiting as much.”

Every employee Revere Plastics loses means there’s one more person they will need to remove from the system and recruit, hire, onboard, and train someone new. “The Onboarding module has saved us so much time. We hire five people, and we lose about that many a week, so having that automated is huge. When you're hiring and losing a total of 10 people a week, that's a full-time job. Since the shift to Paylocity, we can spend our time doing something more strategic.”

One way Kristi found to slow turnover is to make sure employees feel appreciated. “It's important that everyone understands what they mean to us in the role they play and how much of a difference they make to our customers.” Kristi explains how rolling out Impressions, Paylocity’s peer-to-peer recognition platform has really helped boost engagement. “We have a gentleman who started in May. He manages one of our smallest plants and has given more impressions than any other manager in the company. And we have managers that have given more than 1,000 impressions – it’s crazy. We’ve started encouraging video impressions since video really is worth 2 million words.”

“Less than 1% of employees responded to the survey. I sent the survey again for the second and third month and it was the same. During that time, we implemented Paylocity on the fourth month I launched a survey through Paylocity's Survey module and received more than 40% response rate...And for the first time, we have a pulse on the culture.”

With a lot of the staff lacking access to smartphones or company email addresses, reaching all employees has been an ongoing challenge. Revere rolled out a newsletter using Paylocity’s social collaboration and communications tool, Community. “Paylocity is key for us because we can roll out announcements in Community. And then from there, our teams at the plant will print off important announcements and make sure it's posted in the break rooms. We also have TVs to stream information as well. But Paylocity is definitely our number one way of getting information to everyone. Also, birthdays or work anniversaries are displayed in the activity feed, and our CEO will comment on the post; our people love that.”

Developing employees has been another way the team at Revere Plastics has found to reduce turnover. Kristi says, “We just rolled out our second customized training through the learning management system (LMS); it’s so easy to do and so easy to track. We've had nothing but good feedback from it. The fact that you can do it from your mobile device is awesome.”

Managing compliance and safety can be complicated. Kristi says, “When we have an incident in our company, our team adds it into the safety log within Paylocity, and then I can pull that report every month. We also use the Insights Dashboard for turnover. The best thing about reporting is that you can filter and see it at a glance,” says Kristi. “I don't have to go in and create a report just to run simple information by month. There's so many ‘best parts’ to Paylocity’s Reporting. I love all of it.” Technology and data are part of the daily life for the HR team at Revere Plastics. Kristi is able to develop and empower her team to get the information they need – from her direct reports to the CEO. “Our CEO has access to everything, and he runs his own reports. It’s great.”

More companies are making the shift to continuous ongoing feedback and more regular check-in conversations. Kristi explains how they used to use word documents to note peoples’ progress. With Paylocity she was able to use the templatized Journals to capture quality performance discussions, allowing the company to offer a more employee-led experience. “Administratively what Paylocity has been able to do for our team has allowed us to give our time to more important things that robots and automation can't do.”

“Our implementation specialist was diligent, caring, and well-organized. He kept us on target and on track and organized all the details. If I had a question, I could call the hotline, and we would work through it together. And no one had access to anything they shouldn’t, and that is amazing. I know I wouldn't get that attention from another company - so I'm happy with that.”

The modern workforce needs modern solutions, and Revere Plastics is no different. “It blows our workforce’s mind because they never had a platform like this before,” says Kristi. “They couldn't even see their pay stub before. They didn't know we accrued vacation until they saw it in Paylocity. It’s such a far cry from where we were; it makes me feel good about where we're at now. Our previous provider really didn’t make the employees life any easier, and that doesn’t help cultivate culture.”

Change can be scary for many companies. The idea of onboarding a new software and transferring employee data can be overwhelming. Kristi explains their implementation experience was smooth. “Our implementation specialist was diligent, caring, and well-organized. He kept us on target and on track and organized all the details. If I had a question, I could call the hotline, and we would work through it together. And no one had access to anything they shouldn’t, and that is amazing. I know I wouldn't get that attention from another company - so I'm happy with that.”

Feeling like you are valued is not just critical for employees. Kristi says one of the things she likes best about Paylocity is feeling like her feedback matters. “With our previous provider I was a small fish in a big pond. With Paylocity, I don’t feel that way and that is invaluable - especially when you're in a private equity situated company [like Revere Plastics] and things move fast. There's little-to-no patience for delay. Paylocity is good, good, good, good. I can't ask for better.” Having tasks automated and more time back in her day, Kristi can focus her time on building engagement and molding a winning culture with the right tools at her fingertips.

“It blows our workforce's mind because they never had a platform like this before... It's such a far cry from where we were; it makes me feel good about where we're at now. Our previous provider really didn't make the employees life any easier, and that doesn't help cultivate culture.” 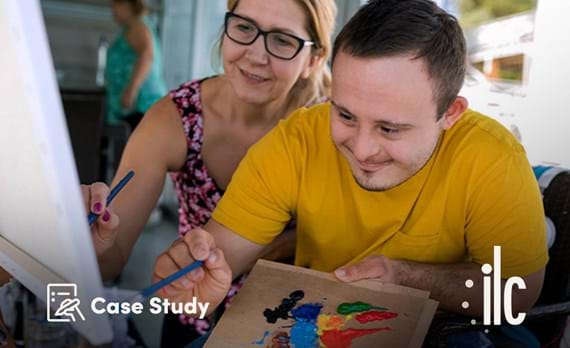